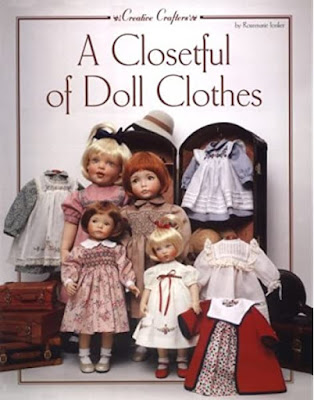 I haven't really been in the mood for chatting lately, hence the long absence from posting. However, thanks to an email from a friend over the weekend, I am feeling much brighter, so I decided to share some recent purchases.


These books are coming from the USA so I shan't be expecting to receive them anytime soon, as most of my parcels have been taking well over a month to arrive from overseas.


The first book "A Closetful of Doll Clothes" is written by Rosemarie Ionker. In it she shares her techniques for creating an entire wardrobe of dresses, pinafores, coats and underclothing from a few basic patterns, which are adjustable for dolls ranging from 11.5 to 20 inches. 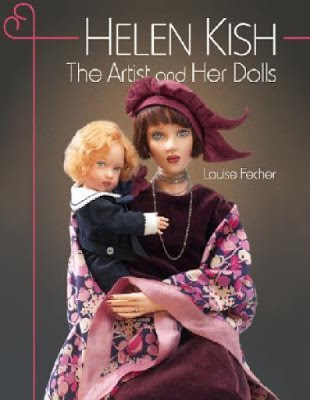 The second book, "Helen Kish: The Artist and Her Dolls" by Louise Fecher, documents in full colour the extensive variety of Helen's creations, from her earliest porcelains in the late 1970's to the popular vinyl Riley and friends.

Ms. Fecher has also written a biography of the charismatic artist, based on extensive interviews, which is accompanied by never-before-seen personal photographs and examples of her early artwork. This beautiful book is the definitive illustrated guide to Helen's first three decades of work. 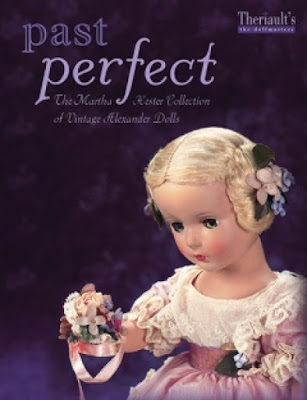 Next is a book, or perhaps I should say a catalogue, which features a wide range of beautiful Madame Alexander dolls from the Martha Hester Collection which was auctioned by Theriault's in January, 2009.

Complied by Florence Theriault, it's hundred pages include photographs of dolls which appear just as they were made over a half century ago. These rare beauties are all dressed in costumes designed by Madame herself, each one finished to perfection with ribbons, lace and silk flowers.

Values, which include the amount each doll was expected to reach at auction and that which was actually realised, are also shown. 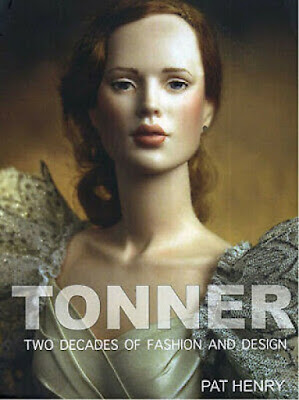 The final book, "Tonner: Twenty Years of Fashion and Design" by Pat Henry, who is well known within the doll collecting community as the creator and editor in chief of one of the industry's top doll publications, "Fashion Doll Quarterly", gives us and inside peek at Tonner's design studio and the former Tonner Doll Company.

Robert Tonner, as most of us know, has been one of the most foremost doll designers in the world. For twenty years he continued to challenge himself and innovate and I am delighted to finally find this book to see how his creations all come together.

Over the past eighteen months I have been so lucky to find a wonderful selection of his dolls . . .  a Tiny Betsy McCall, two Tonner/Effanbee Patsy's (a 2013 Basic #5 and a 2015 "Lacy Summer Day"), a "Bridal Bliss" Sindy, a "Want To Dance" Agatha Primrose, and two Tiny Kitty Colliers (a 2004 Basic Redhead and a 2003 Evening Gala). Each one has been a delight, so beautifully made and dressed I haven't had the heart to re-dress them, apart from the Basic Redhead which is now wearing another of Robert's stylish outfits in the photo below. 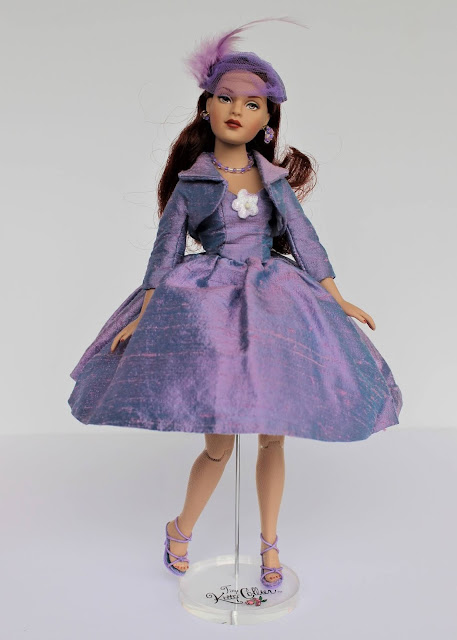 Well that's it for today my lovelies, I hope you are all feeling well and are happily enjoying your dolls.

Thank you for stopping by my blog and taking the time to comment. I always enjoy the interaction with my readers.

Popular posts from this blog 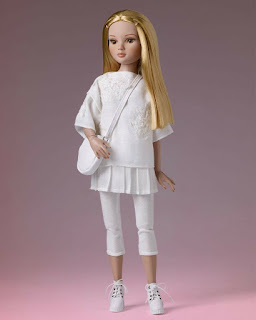 As my regular readers are aware, I arrived late to collecting Tonner dolls and after bringing a variety of Tonner's home in recent months and finding myself more than happy with them, I considered it was time to add an Ellowyne Wilde to my collection.

Once again, many Ellowyne's are highly overpriced, but I managed to find one with a different take on what most collectors might consider a traditional Ellowyne Wilde.


Not only did she have flat feet and inset hazel eyes, she also had a beautiful  natural complexion with freckles and lips that are, thankfully, not pink. More to the point, she was priced fairly and quickly jumped in my cart, however, I had a question which the seller completely ignored so I didn't buy her after all . . . I am not fond of doing business with ignorant people.


"Right on White" was released in the northern hemisphere's Spring of 2016, in a limited edition of 300. This pretty gal, with rooted golden blonde saran hair, had never been r…
Read more 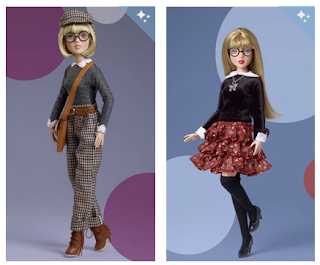 It seems she's a doll you either love or hate. Some thought her back story was simply ridiculous, while others thought she was too young for high heels. Personally I liked this doll as soon as I saw her when she was released in 2015, but at the time, not quite enough to purchase her.

My thinking has changed since then, just as it did about the Integrity Toy dolls, so I decided to see if I could find one to bring home. For a long time there were none available, then some were listed, but wouldn't you know it, at a price that was completely laughable!!
It's taken some time and my search has continued. Not long after I had ordered Kitty and Sindy, I found one quite by chance, a 13" Want to Dance Tonner Agatha Primrose (Ltd.Ed. 500) with brunette hair. She had never been removed from her box and was reasonably priced, which made me extremely happy.

My dolls never keep their back stories, they develop stories of their own and I don't think this frilly dress is going to…
Read more 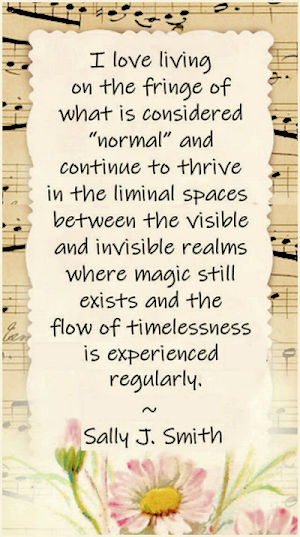 
Writing this blog since January 2013